Following significant breakthroughs at a number of sites worldwide, The United Nations Board Of Significant Inspiration has detected the existence of individuals with what are thought to be superpowers and are asking members of the public who have or suspect they have extraordinary powers to register them online at SUPERPOWER REGISTRATION FORM

This UNBOSI initiative has come about thanks to research at a variety of sites worldwide looking at the sources of significant inspiration. Devices developed by UNBOSI scientists have been measuring brain activity of members of the public at sites associated with literary genius. These Muse Gathering Devices (MGDS) have recorded unusual brain activity which UNBOSI scientists believe may be connected to individuals who have superpowers

Members of the public who have or suspect they may have superpowers are being asked to register their superpowers at SUPERPOWER REGISTRATION. So far the online register is displaying an overwhelming majority of superpowers (54.6%) located in Europe and Britain. It is unclear as yet whether this is associated with higher levels of significant inspiration in these areas or simply greater access to the Internet and a willingness to fill in online forms. 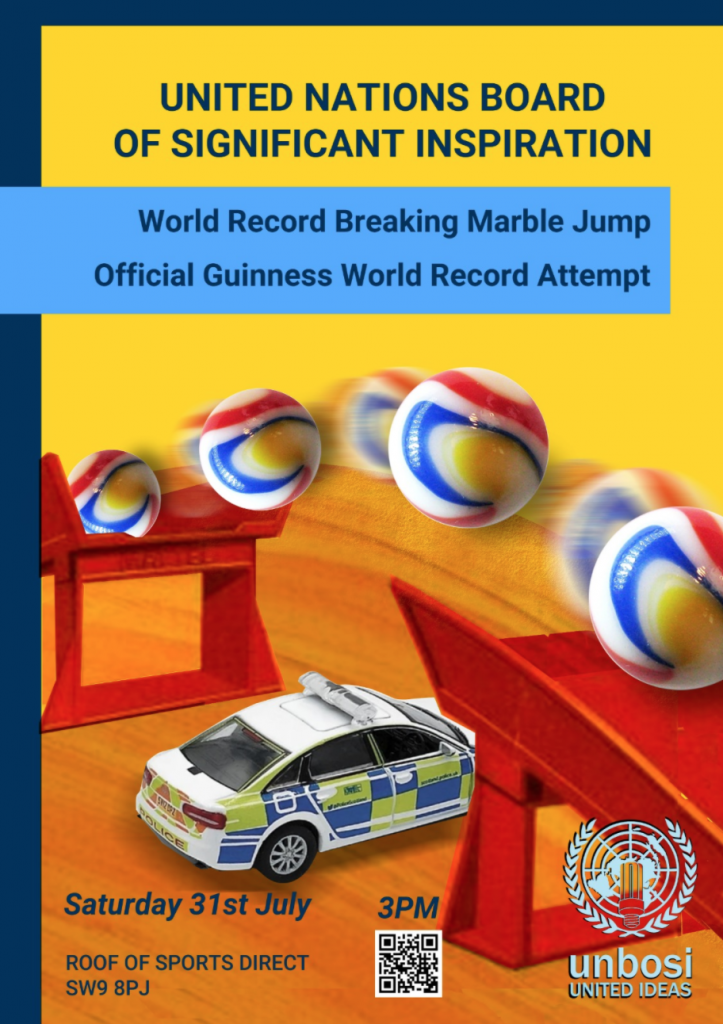 The expert marbleologists from the United Nations Board of Significant Inspiration (UNBOSI), which is a lesser-known arm of the UN, can usually be found hosting Marble Awareness Roadshows and filling families and world leaders alike with inspiration.

For one day only, though, they took a half an hour off to attempt the official Guinness world record for longest marble ramp to ramp jump.

This momentous event took place on the Roof of Sports Direct in Brixton, London on the 31st of July 2021.

Thank you to all who made this amazing marble centric event possible. 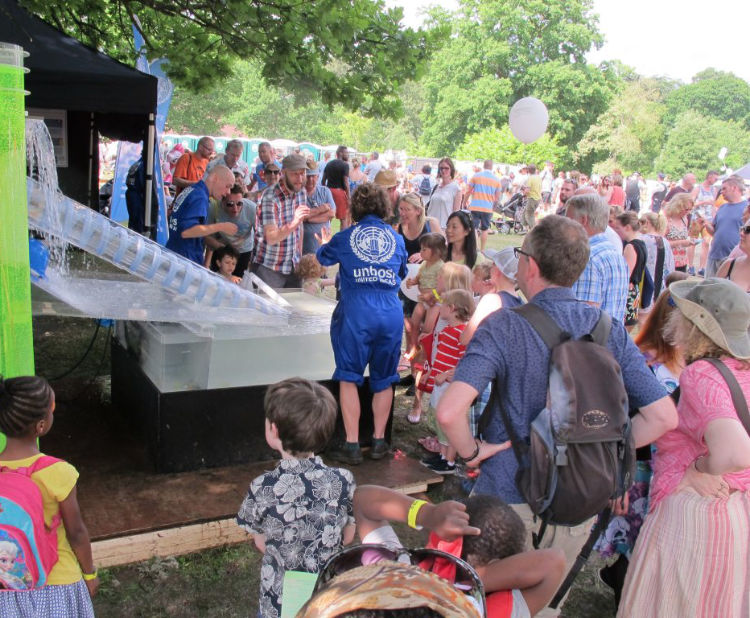