Scientists working on The United Nations Board Of Significant Inspiration project MUSE at Shakespeare’s Birthplace Trust, Stratford Upon Avon, England have uncovered several instance of potential criminal or illegal brain activity at their research site. To avoid possible prosecution members of the public are advised to register their brain activity at www.unbosi.org.

Project MUSE is examining the effects of a recently discovered harmless, colorless, odorless, invisible substance which emanates from geological fissures at a number of locations on the earths surface. This substance which UNBOSI scientist have named MUSE (Micro-molecular Unseen Sensory Emanations) is most prevalent at sites where there is a strong relationship with literary genius. The presence of muse can only be detected by the effect it has on the thoughts of human beings. Muse gathering devices MGDS at Shakespeare’s Birthplace are measuring and collecting electromagnetic thought patterns of visitors to the site and all individuals within a 3.2186 radius of the devices.

Some recorded brain activity at this research site has been classed as potentially illegal or criminal. UNBOSI is obliged to report all such activity to the relevant authorities. However during the period of the research project an amnesty has been put in place to allow members of the public who have had idle or inadvertent illegal brain activity at the Stratford Upon Avon site to go online and register their brain activity ‘as idle or inadvertent’ with no intention to act upon their thoughts. Doing so will result in an avoidance of criminal prosecution. Failure to do so during the amnesty period may lead to legal action being taken. 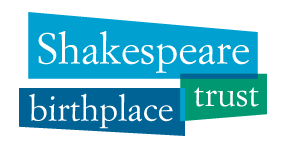 You can click below to declare any thoughts which my have been recorded during your time at Stratford.